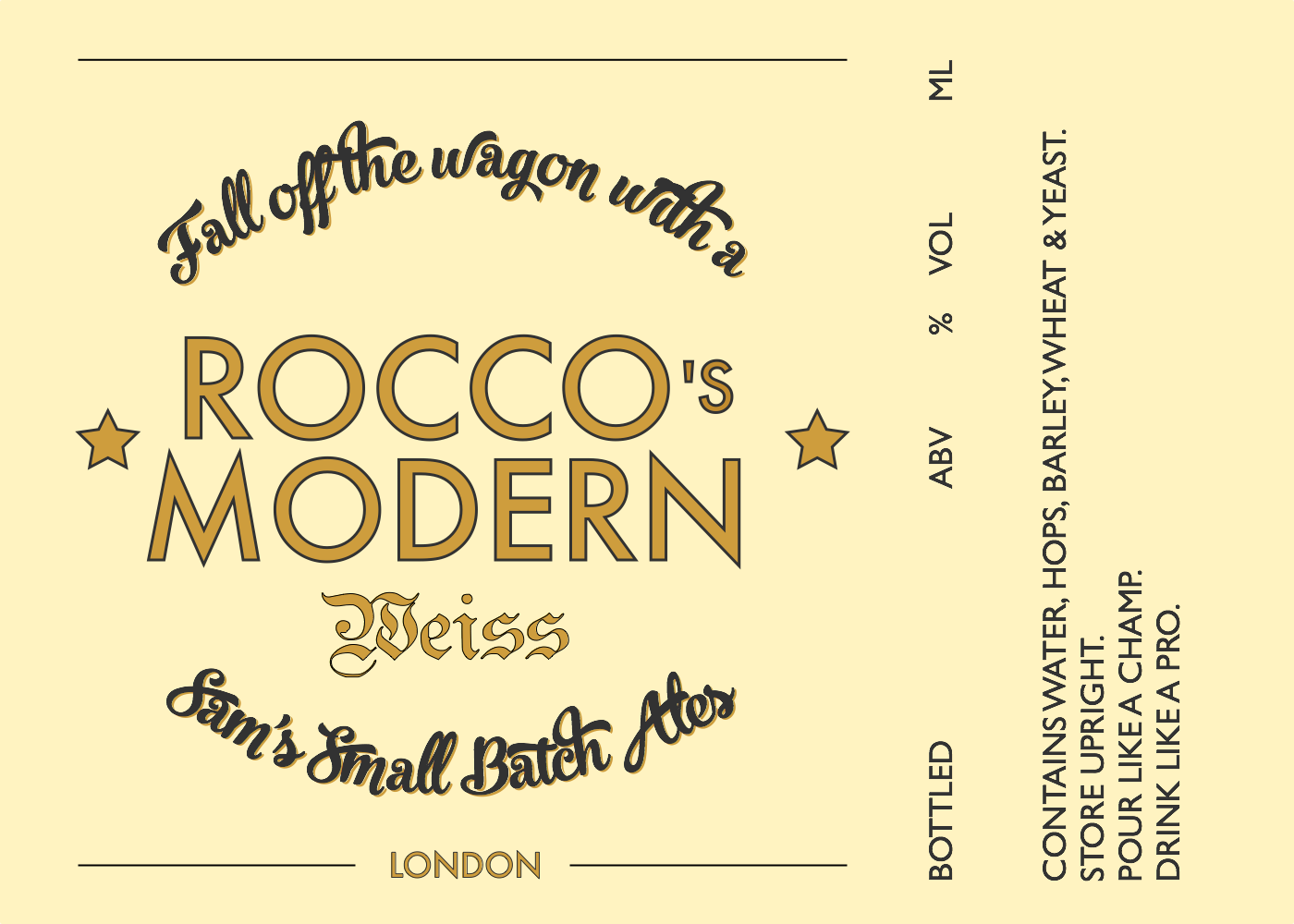 I wanted to brew a batch of beer for my friend's birthday. Rocco - as he's sometimes referred to - likes a hefeweizen. Pale, cloudy, ever so slightly spicy, and most importantly refreshing - who can blame him? The flavours ubiquitously attributed to a classic Bavarian hefeweizen are clove and banana, both of which are achieved through the equally ubiquitous Bavarian yeast strain Weihenstephan. This particular yeast is very sensitive to temperature ("sensitive" being a trait not frequently associated with Germany), and inside its comfort zone it will produce clove-like flavours at lower temperatures, and banana-like flavours at the higher end.

Beer can taste like marmalade. It can. I've tasted it. I know it to be true. I love marmalade - nice, juicy, thick-cut marmalade. I also think marmalade would be nicely complemented by banana and clove flavours, because both of those things go well with oranges - whether it's a fruit salad or a glass of mulled wine. If you spend enough time reading flavour profiles of different hop varieties (and if you're reading this, you probably do; if you don't, you probably have a more interesting social life than I do) you'll quickly see that there are a handful of adjectives that turn up time and time again, a lot of overlap between different hop varieties, and a huge degree of subjectivity. If someone were bothered to research and illustrate it (who am I kidding, it'll probably be me), it would no doubt become the World's Most Complicated Venn Diagram.

For me, Simcoe is pine and resin. Chinook is earth and spice. Centennial is dank and chewy. Amarillo is light and floral. Citra, as maybe suggested by its name, is a gobful of tropical fruit. Of course, all of these highly subjective pigeonholes into which I've thrust these varieties would no doubt change depending on a number of factors, and a lot of (mostly unperformed) science. Time and temperature are, however, probably the two key variables that determine what your hop is going to taste like when it all comes out in the beery wash.

So: the goal is a refreshing Bavarian wheat beer, on the low end of the bitterness scale, but with a nice, lip-smacking, tongue-swirling, sticky marmalade character. Delicious.

In case that quantity of hops looks outrageous, that's because my scales crapped out on me after measuring out the first 5g. Rather than risk under-marmalading my beer, I decided to go for broke and added about 66% more hops by weight than I had planned, emptying the bag in the process. You know what they say: go big, or go have a beer brewed by someone who knows what he's doing.

Brewyer's Note: I'm going to make a concerted effort to keep the technical jargon to a minimum so as not to bore/turn-off the non-brewers/brewyers who might (inexplicably) be reading my posts. Unfortunately, I'm also using this as a resource to record my own recipes, so the occasional abbreviation and decimal will make an appearance. Soz and whatnot.

Check out the brew day notes and final verdict.