Reviewing a beer when you're hungover is usually a poor idea. It's usually not the drink I instinctively reach for (water, coffee, more wa- no, coffee) and it's not apt to deliver the same level of enjoyment as, say, the first sip after a long week at work. 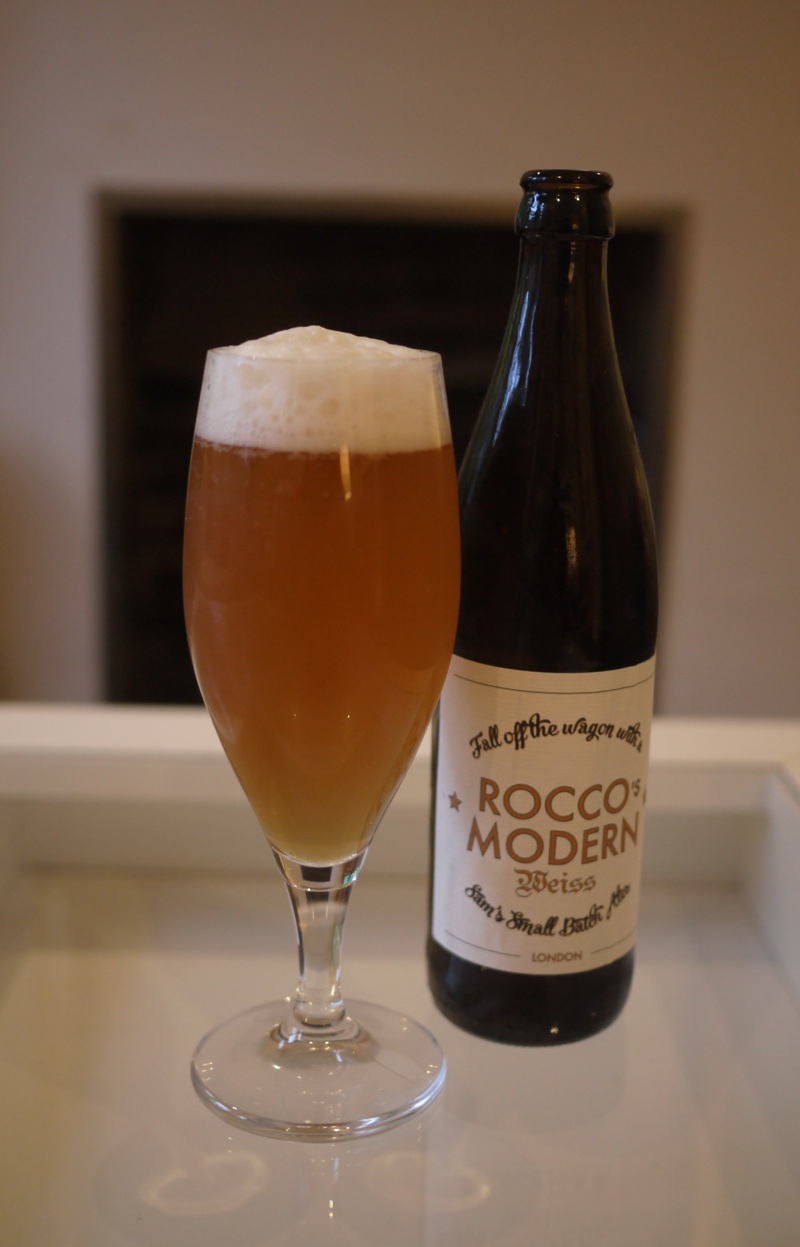 That said, this is a damn fine beer.

My goal with this beer with a standard hefeweizen, with delicate notes of clove and banana, with a strong, orangey, marmaladely rod down its back. I didn't quite get that. It's a solid Bavarian wheat beer, no doubt. If anything, the Maris Otter pale malt is a little too domninant – slightly more robust than what you'd get in a bottle of Erdinger or Weihenstephaner – but it doesn't really detract from the experience.

The banana is there, the slightly bready, sweet ladyfinger variety, rather than the tasteless, squidgy kind peddled by Tesco and its ilk. It's more bitter than I'd guessed – considering the mere 5g of Citra that spent the full 60 minutes boiling away. But it's not unpleasantly, or even surprisingly bitter, because the big tropical whiff from the glass prepares you for it. And that's the big story in this glass – not orange, but pineapple, passion fruit, juicy, refreshing and round. The bitterness and detectable alcohol note (surprising at just 5.6%), combined with the overt fruitiness, brings to mind an overripe pineapple. It wasn't the clovey, banana, marmalade sandwich I was shooting for – but it's a tropical fruit smoothie, and that's not bad thing.

My only gripes are that it's undercarbonated – by some margin – and the head disappears quite quickly, which is curious behaviour for a wheat beer. But I'm prepared to ignore a couple of odd personality quirks in an otherwise star student. Very enjoyable – and best of all, Rocco agreed.

Check out the recipe and brew day notes as well.