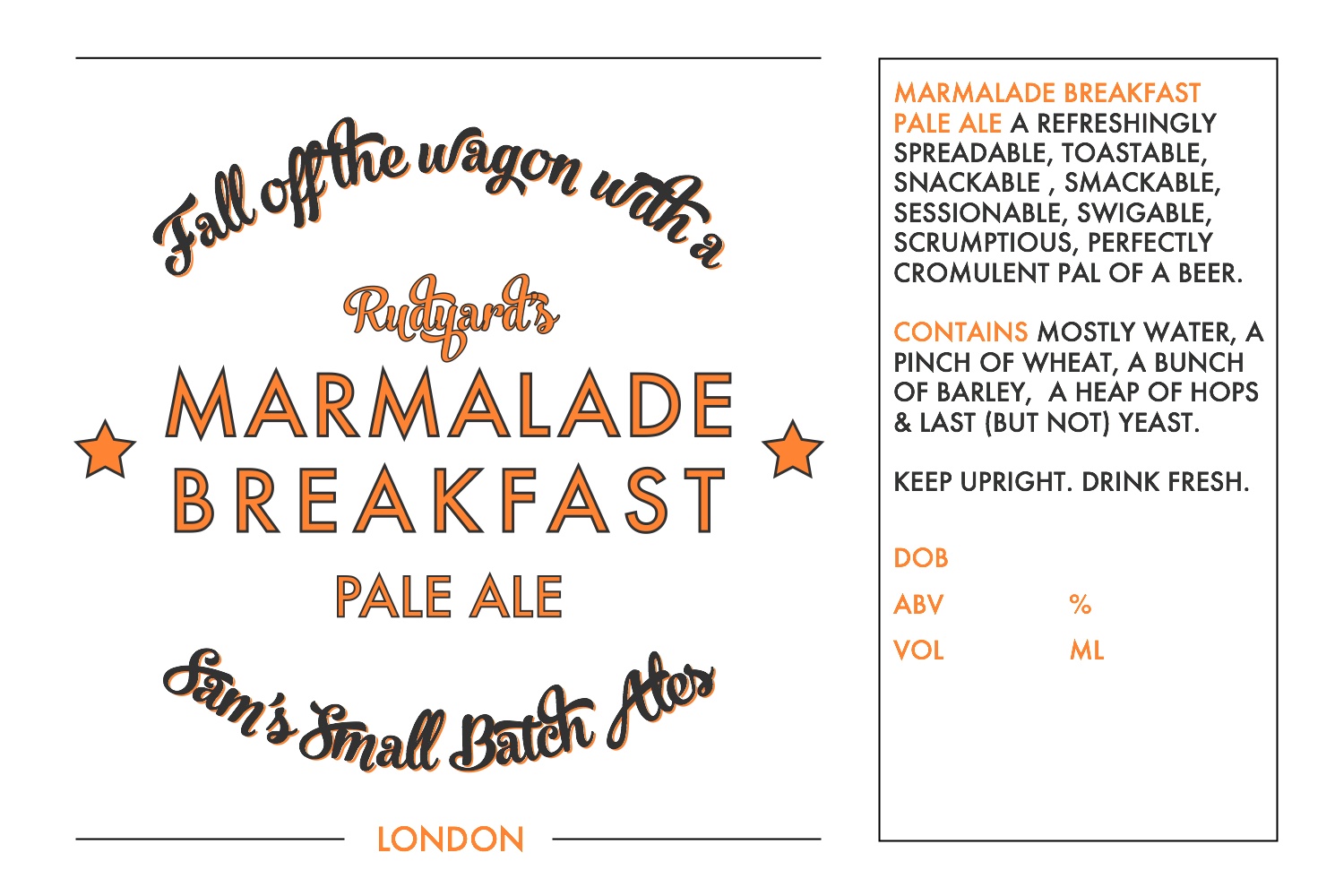 A brief word on labels. I made the one above to match existing label designs for Rocco's Modern Weiss and an upcoming IPA, but at 94mm tall they don't fit a standard 330mL bottle, which, given that this is intended to be a sessionable pale ale, is exactly the size of bottle into which most of this batch will find its way. So as the label above is unlikely to make it into the real world, I scrabbled together something smaller which departs from the Edwardian/interbellum/humanist style (size/legibility issues) and instead looks a bit more Victorian farmhouse - see below.

Now I know what you're thinking: you can't just name a beer "Marmalade" and expect it to taste like marmalade. Actually, I can. I can also, as it turns out, be very wrong about how the final product ends up tasting.

Ignoring for a second the troublesome question of why I want my beer to taste of marmalade (it's delicious – that's enough, be quiet), you'll be pleased to hear I've actually done some research this time. The internet agrees [citation needed] that there is one particular variety of hops that smells and tastes like a ripe Seville blood orange: New Zealand Pacifica.

With an alpha acid content of a mere 5-6% (for the non-brewers among you, the higher the alpha acid content, the greater the potential to contribute bitterness), NZ Pacifica doesn't seem poised for the limelight or likely to enter the annals of hop history. But: marmalade.

Rocco's Modern Weiss, my previous brew, was my first time using pellet hops, and I love the result. They have an excellent tendency to explode into hundreds of delicious particles when they hit boiling wort, and the impact on flavour and aroma seems to be huge (admittedly I haven't exactly done a double blind controlled experiment, but subjectively I think pellets are rad). Due to (what I believe to have been) their role in causing my boiler to cut out a couple of times in my last brew as a result of hop crud coagulating and burning on to the element, I will be using whole leaf Citra hops for bittering and NZ Pacifica pellets for my late flavour and aroma additions.

Malt-wise, it will be 95% pale (possibly Maris Otter, but I'm intrigued by Golden Promise – which sounds like it's probably a malt-teaser...) and 5% wheat for heady, heady goodness. Yeastily speaking, at first I thought I wanted something with only moderate attenuation that would leave a nice chunk of sugar left in the beer for residual sweetness. But marmalade can actually be quite dry. So now I'm leaning towards something a bit more aggressive. Since I have a packet of Fermentis US-05 in the fridge already, odds are I'll just use that.

A word on the name. Although I can't ever remember having had beer for breakfast, or even beer before noon for that matter, I like the juxtaposition of the two concepts. Marmalade toast is – quite literally – a bread & butter breakfast food, and yet good quality marmalade, bread and butter can make it a wholly new, enjoyable experience. I want to achieve the same thing with this beer – a go-to, dependable friend whose company excites you every time. A friend like I imagine Rudyard might be, if I had a friend named Rudyard.

And now for the recipe.

That, ladies and gents, is an obscene quantity of hops. 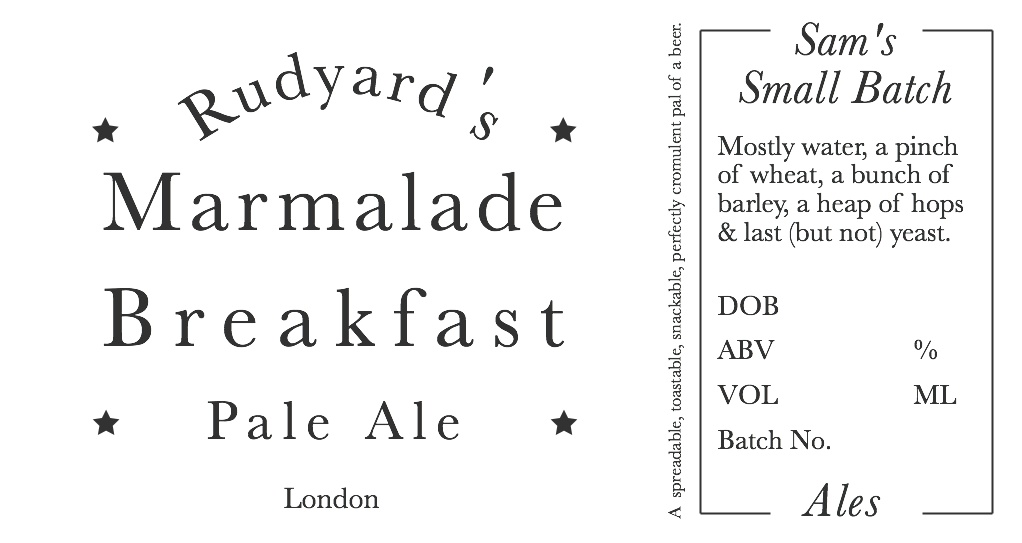