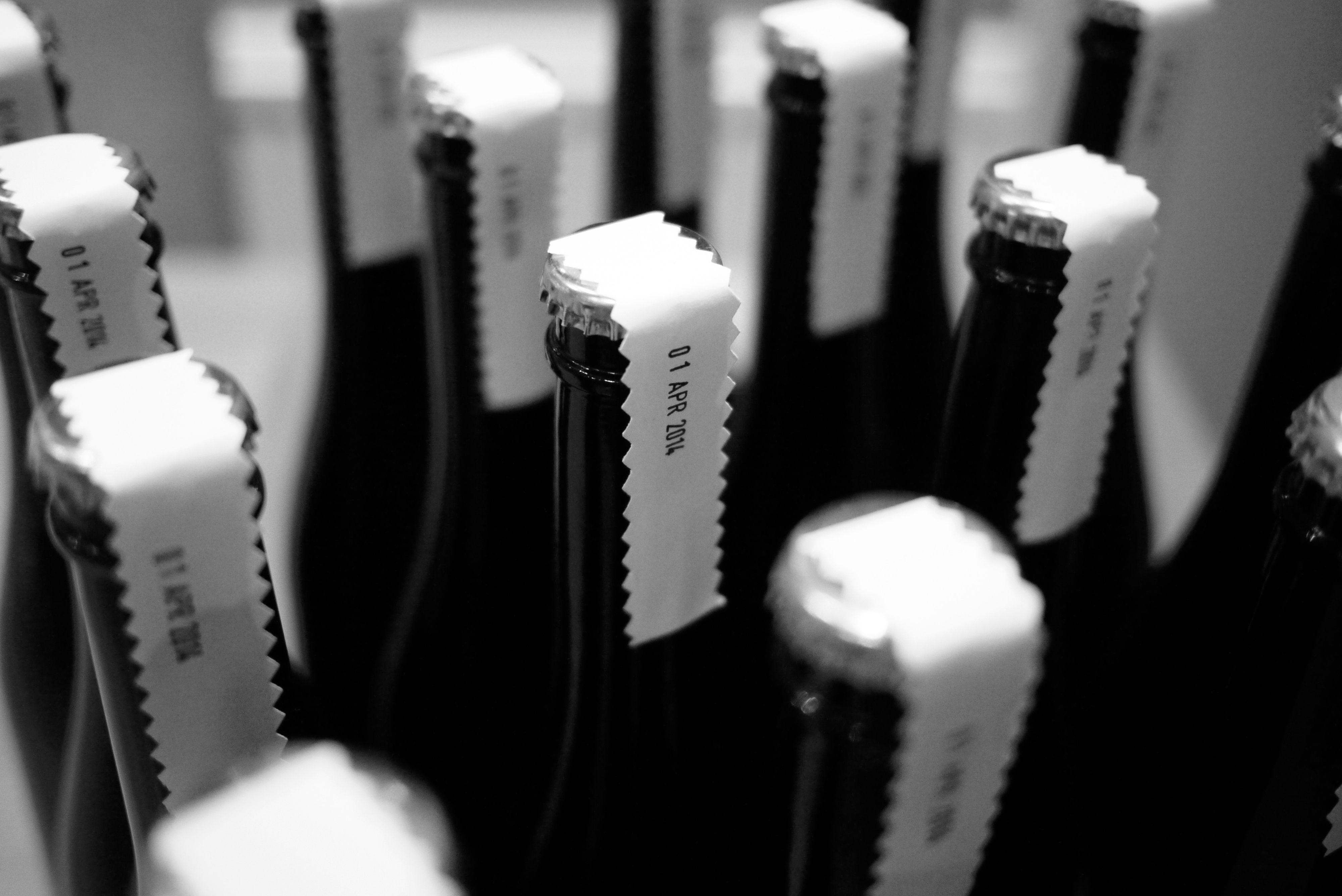 People on the internet get very exercised about yeast. Well, maybe not everyone. Internet brewers get very exercised about yeast. I think it must be some unholy combination of the propensity for anonymous people on the internet to become curmudgeonly trolls, and the fastidiousness of people inclined to brew to pounce upon a perceived transgression of the Holy Yeast Laws.

As I said in my previous post, received wisdom has a large role to play in brewing. It makes sense. Brewing a batch of beer is a time consuming, messy, not inexpensive and emotional activity, and before you launch into it you want to know that it's not going to be a waste of time, that what you end up with is going to be what you intended to end up with. No one has time to test every proposition so following the avuncular tutelage of people who have been there before always seems like the best route.

But there are a lot of routes to beer. I discovered fairly early on that you really have to try to fail to produce beer. Sure, it might not be the beer you wanted, and it might be nowhere close, but chances are if you chuck some yeast into a sanitised bucket of sugary liquid you're going to end up with beer.

People are very precious about yeast – and understandably so. Without those little fellas, there would be no fermentation, and no alcohol. And different strains of yeast undoubtedly produce different ranges of flavour, clarity and strength. But there is a fuzzy line between the easily accessible science of calculating your beer's ABV from how hungry your yeast is, and the much more impressionistic dicta governing the use of yeast. In particular, I'm talking about something called "pitch rate".

The "pitch rate" is the quantity of yeast cells being added to your wort per unit of volume per unit of fermentable sugar. Received wisdom (there it is again) has it that lower pitch rates adversely affect your beer. Some of these adverse affects are entirely understandable: too few yeast cells and the wort will take forever to ferment. It's like unleashing a single goat on a great, green pasture (in a universe where the goat can reproduce asexually, maybe). Other effects are less undertandable, and perhaps it's that the science is too complex to convey to lay-brewers, but I can't help but feel that some of the language used to convey the problem is a little imprecise. People talk of yeast getting "stressed" and producing undesirable compounds if the pitch rate is too low. In the goat analogy, this would be like the goat's digestive system malfunctioning as it stares across the implacable field of grass. If anything, one might expect the goat-yeast to be positively giddy about the lack of competition.

Not so, says the internet.

And so it was that I came to be making something called a "yeast starter" the Thursday ahead of my 14th brew, "Bad Habit", what would hopefully be a Belgian Trappist-style "dubbel". A "yeast starter" is essentially a way of slowly introducing the yeast to the golden halls of sugary deliciousness that lay in their near future, allowing them to grow and multiply in safe, cozy conditions. Like a yeast bunny hill. Unfortunately, my "yeast starter" was visited by a "fruit fly" before I had a chance to introduce the yeast and hermetically seal it, which "sucked": with a lead time of 24-36 hours for the yeast flock to take hold, and no time to try again before Saturday brewday, I took to the internet to glean its opinion: should I combine my speciality Belgian yeast strain with a hungrier, less interesting American strain, or commit the dreaded sin of "under-pitching"?

The internet agreed: under-pitching was a ostracisable, hangable, offence, with no chance of recommunication, and co-pitching with an American yeast would be like riding into Antwerp in a Wilys jeep: sure, they're on the same team, but the less we see of the Yanks, the better. It was under these very apt circumstances that I awoke on Saturday morning, morally conflicted by my dilemma as I prepared to brew a style of beer popularised by monks. My recipe looked something like this (I say "something" because this is what I actually brewed, not what I intended to brew):

IBUs in the region of 20 or something similarly inoffensive
1.070 Target OG
15 L batch

A Belgian-style dubbel is a dark, heavily carbonated, ruby-brown beer with a heavy, malt presence, characterised by velvety dark fruits and minimal bitterness. It's beguilingly dry, the malt flavours giving the false impression of sweetness. Popularised by Trappist monasteries like Chimay and Westmalle, recipes are frequently and surprisingly simple next to the complexity of flavour that results (often just two malts and lots of sugar).

According to the go-to text on Belgian beers, "Brew Like a Monk" by a man who goes by the lively name of Stan Hieronymus, sugar plays a large role in all styles of low country ales. This presents something of a problem, however, when it comes to calculating a recipe. I use a simple piece of spreadsheet software to calculate how much grain I'll need for a given brew. If I know I want my beer to be 7%, and I know that my yeast is going to gobble up X% of sugar in the wort, I know how much sugar I want to start with - this is the "Original Gravity", or "OG" of the beer. But this software is not competent when it comes to handling sugar. Compared to malted grains, which provide about 60% sugar as a proportion of their overall mass, sugar is 100% sugar. So if you tell your spreadsheet you want an OG of 1.070 (as I did), you actually need quite a lot less sugar than it would have you believe. The other thing about sugar is that it dissolves into the wort, absorbs no water, and therefore takes up no room. Your final volume is therefore more than the software would have you believe.

As if these uncharted low country waters weren't enough, I also tried a new mash technique for this beer. Charlie Papazian, in his "Microbrewed Adventures", suggests a mash schedule of 30 minutes at 53 C, 30 minutes at 68 C, and 10 minutes at 78 C, for a Belgian-style abbey ale. Similar schedules, albeit with a longer rest at the highest temperature, are littered through "Brew Like a Monk". These various rests apparently promote different flavours and fermentability in the finished product, but I haven't had time to get my head around the whys and wherehows just yet.

The confluence of all of these factors, and more, led me to make something a bit short of the Westmalle-inspired dubbel I intended to brew. Instead of reaching 1.070, I fell a good few points short at 1.062. I'm primarily skeptical of the fancy Belgian mash schedule, as I've subsequently brewed something with close to the same mass of grain and had no problem hitting 1.066. But I also had to make a last minute sugar adjustment, as I realised too late that I'd only managed to buy 500g of "Special B" malt, instead of the kilo I thought I'd bought, and I may well have miscalculated. I also didn't realise until I was scratching my head over the sub-par efficiency at the end of the brewday that the software was expecting the entire mass of fermentables to be absorbing water. The sugar, of course, absorbed no water, making the wort more diluted. As if that weren't enough, I also accidentally told my spreadsheet I'd be boiling for 70 minutes rather than 60.

Most of this was human error – no doubt a result of my shepherdly preoccupations with my too-small yeast flock. Throughout the brewday I kept toying with the idea of scoring another packet of liquid yeast from my local yeast floggers, which I eventually did after the brew (since it was a few months old, though I'm counting it as only half a packet). Had I spent more time focusing on the task at hand, I probably would have nudged much closer to 1.070. In the event, a single packet would have been fine. So, worrying about having insufficient yeast caused me to brew a wort for which I had more than enough. Beer ironies.

Wyeast 1214 is a quick fermenter, reaching 1.014 after 7 days. It ultimately reached 1.013 after 16 days for an ABV of 6.43%. I bottled 15 litres exactly (probably the first time I've nailed my target volume) with a lively amount of 6g of priming sugar per litre. I'm going to leave this one to age gracefully for a few months before trying it, so check back in July for news of my naughty Belgian.