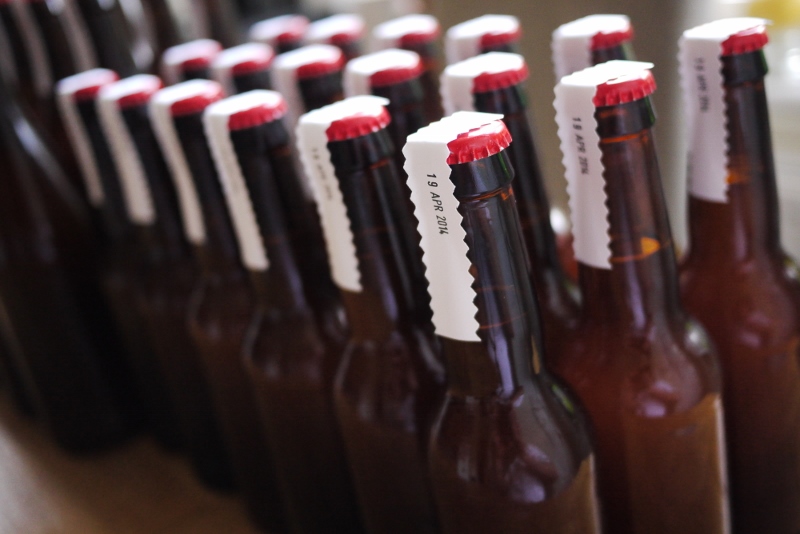 In an era when everyone and his uncle is brewing something between a passable and a delicious India Pale Ale, brewing your own is both passé and absolutely obligatory at the same time. It's a brave brewer with trendy pretensions who eschews the hop bomb.

But you shouldn't drink an IPA because it's fashionable. In fact, it's probably a bit like wearing heels – quite a chore if you're not really into it – especially if you're a dude. You should drink an IPA because it's floral, flavoursome, refreshing and delicious. A sipper, a swigger, a thinking man's drink and a quick ticket to getting sozzled all in the same bottle.

As a label, 'IPA' is muddled, wooly concept these days. In the race to the ceiling (both in booziness and bitterness), yesterday's imperial IPA has become a standard IPA; the IPA the humble pale ale; and the pale ale the inoffensive table beer. No doubt there are beer nerds who would happily have a debate about beer taxonomy with you, but I don't really care about IBUs, guidelines, or beery rubicons beyond which your creation is gifted another prefix. Enjoyment of beer is a deeply subjective, er, subject, and I don't much care what it says on the label if I've stumbled across my new favourite beer.

So, yes, I have a platonic IPA. It's between 6 and 7% (anything above and I find I have a hard time explaining to myself why I'm necking something so strong on a school night). It's not too dark – more straw than amber. It's juicy, acidic and tropical, and most importantly it's like sticking your head in a bag of fresh, resinous hops. In short, it's probably a long way from the traditional English IPA that used to make its way to India, sloshing around in barrels between bulkheads (amidships, fore, aft, y'ar), but sometimes words rhyme and names are good – so Mighty Blighty. It's sticking.

Having spent the past few months experimenting with different malts, and being sort of happy but not thrilled with the results, it struck me the other day that "malty" and "complicated sugary brownness" weren't high on the list of flavours of my platonic IPA. So I'm ditching the Munich (good-bye, Munich), I'm ditching the Crystal (good-bye, Crystal), and I'm even ditching the wheat. Pleased with the results of using Golden Promise in Rudyard's Marmalade Breakfast, this one will be making use of it again exclusively.

I am also guilty of the crime of Citra-hoarding (I probably have about a kilo in the freezer), so the first ever batch of Mighty Blighty is going to be straight up juicy, tropical goodness. For the first time since I got my boiler, I'm also dry hopping. I'd originally planned to split the batch into 5 and 10 litres after the first week, giving the smaller portion a dose of Mosaic, the latter more Citra. In the end I simply went with 40g of Citra leaf hops in the main fermenter. Why? When I was last in Vancouver, I had one I'd the best beers I've ever tried, and it was a single hop Mosaic double IPA. Immediately I decided I must do my very best to recreate it, first with an 8%+ version, then with a 6% version. Both were heavily dry hopped, and both were disgusting. Neither carbonated properly in the bottle, and both produced a slight sour flavour. As a result I suspect that the packet of Mosaic I still have lurking in the freezer might be infected. Rather than try my luck on ⅓ of this brew, I decided to stick with Citra and make my quest for the Mosaic Fountain of Youth the subject of another effort.

Wyeast 1318 is, it's rumoured, related to the 'Conan' strain used to brew Heady Topper, popularly regarded as the best IPA in the world (and impossible enough to come by in most of the States, let alone the UK). It's purported to leave a residual sweetness in the finished product, so I mashed for 90 minutes at the slightly lower than normal temperature of 65.5 C (making use of my excellent new Thermapen thermometer), allowing it to drop 2-3 degrees over that time. This should produce a more fermentable wort, and counteract the tendency of the yeast to produce sweeter beer. If this yeast turns out to be a keeper, I'll be very pleased, as using a London ale yeast will warrant the name "Blighty". I also like the idea of brewing a truly transatlantic IPA.

Since I was using pellets for bittering, I expected and received a couple of boiler cutouts (unnervingly early on in the boil) due to the accumulation of hop detritus on the element, but I managed to scrape it clean enough with a long-handled spoon to keep the boil rolling on. On a hunch, I kept the boil going for 75 minutes instead of the planned 70 to try increase my OG, and managed to hit 1.066 – an acceptable 2 points short of the anticipated 1.068.

Annoyed at the way my hop filter kept clogging with pellet sludge on previous hop heavy brews and wasting good beer, I removed it before starting this batch, with the consequence that I collected about 16 litres or so of wort. Of course this also meant that a great mass of hop particles found its way into the fermenter as well. The hop sludge and yeast sediment combined managed to reach to the bottom of the tap when all had settled out. This meant I had to dig out the dreaded siphon and transfer the beer to another bucket, or risk each beer being full of sediment. I lost some beer in the transfer and the dry hop bag, and bottled 13.33 liters – which is probably about what I would have ended up with had I left the sludge sloshing around in the boiler. All told, I suspect losing wort in the boiler might be better than losing it after fermentation – less mess, no siphoning, and less high gravity wort for the yeast to deal with. So, it's definitely back to the hop filter, and I might also be moving away from pellets as well.

In a round of firsts, this was also my first time brewing on a school night since I got my boiler. It took 5 1/2 hours from start to finish, and I managed to drag myself to bed at the respectable hour of 12.30 (on a less hoppy beer I could forego the 30 minute steep at the end of the boil and probably be in bed by midnight). Wyeast 1318 is also a pretty vigorous fermenter, as when I got home from work at around 9pm the following day the krausen was a few inches high and the top had blown off the airlock. I dry-hopped after 8 days when all visible signs of fermentation had stopped, and bottled after 12 days with 5g/L of dextrose.

The final gravity was a very satisfying 1.010, giving Mighty Blighty a respectable ABV of 7.3% – higher than expected, and vindication of my lower mash temperature. Interestingly, the hydrometer sample which I kept covered with cling film began fermenting spontaneously also eventually reached 1.010. I had rinsed, rather than sanitised it, following my last batch, but there was a sourness to it that makes me thing it was wild yeast at work rather than anything Trappist hanging on from Bad Habit. It's odd that it reached the same final gravity.

Check back soon for tasting notes on Mighty Blighty.