More by accident than by design, I ended up with one bottle of a single hop Centennial IPA I bottled on 6 July 2013. Having discovered it at the back of the top of the fridge (where most of my beer lives), I decided it would be a good experiment to try it one year on. 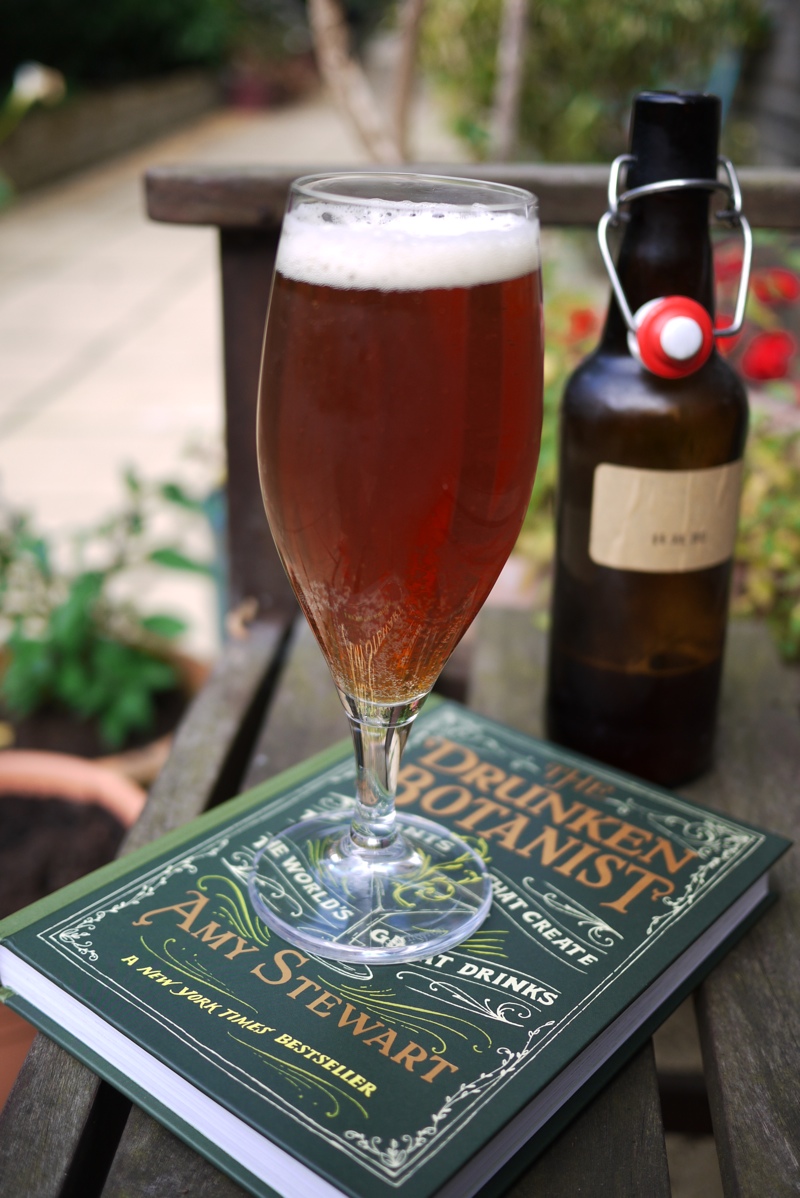 General consensus is that hop character does not stand up well over time, and that has been the case here. I don't recall this beer being phenomenally hoppy even when fresh, but the character has changed completely in the year it's been in the botttle. The chewy malt flavour is very well developed, and the lingering edge of Centennial adds a slight marmalade quality that clings to the tongue.

Overall, it's a real mouthful, no doubt thanks to the 20% Munich in the grain bill. I seem to recall thinking this beer was a little subdued before – not perfectly hoppy and a little muddled. I've recently come to the conclusion that a complicated grain bill hides hop character, which explains the former – as to the latter, after a year, I think Munich malt simply needs time. I can imagine it as a cask ale – a sipper, a thinking man's pint. I think it would probably work well with a chalkier mouthfeel – perhaps worth trying with something like Wyeast 1028 London Ale (described as having a minerally profile).

The most interesting thing for me to see was how my brewing has developed over time. This was actually my first all grain BIAB, and I can see that I was definitely trying to achieve too much with it. Stylistically, it fell between two stools. But all the same it's testament to how easy it is to nail the "rudiments" (in the words of Keith Moon) when it comes to making beer. The real challenge is deploying restraing while at the same time making it special.

Final thoughts – there was no indication that CO2 had escaped from the swing top. The beer had plenty of life and a full foamy head. So that settles that.