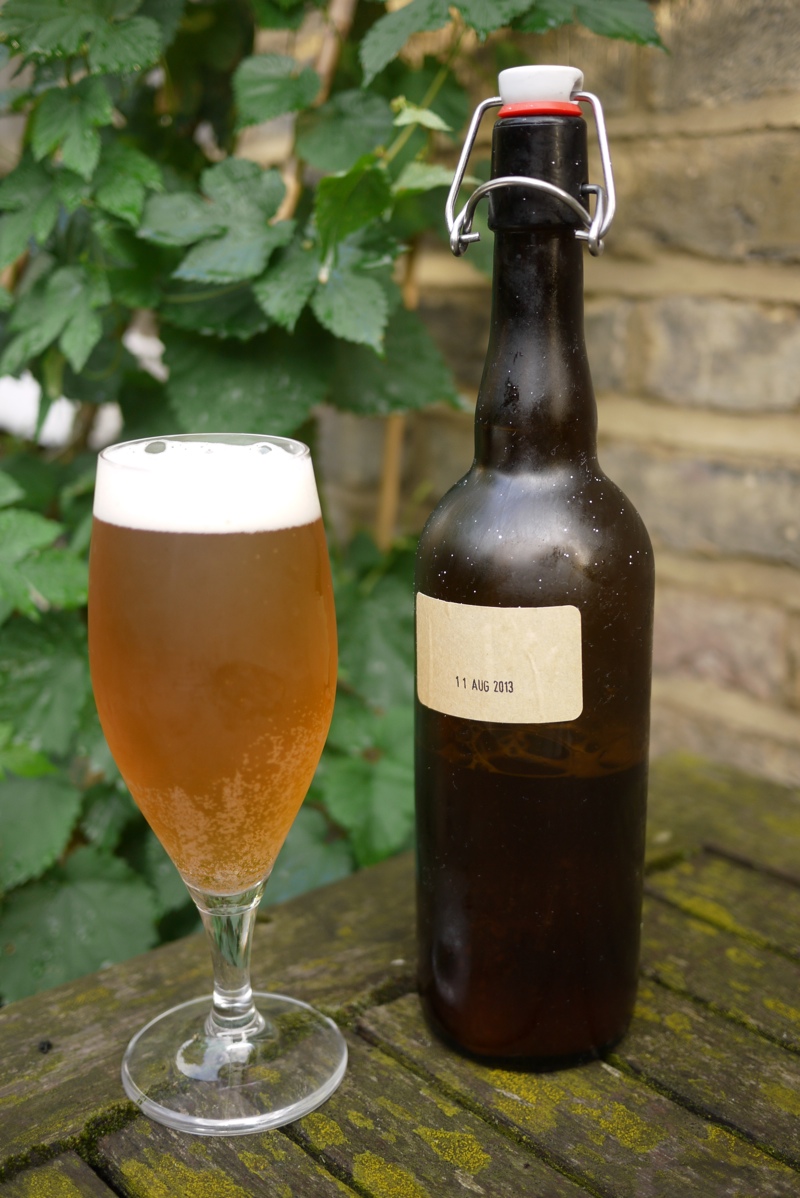 This was the second and last bottle of beer brewed on my old kit, which has been hanging out on the top of the fridge for just over a year. This time it's a rye pale ale making extensive use of Chinook hops.

I seem to recall naming this an IPA at the time – but that's generous. The bitterness is detectable, but hardly obtrusive. The main contribution of the Chinook hops is a dry sort of spiciness. It's difficult to associate with any particular spice... but if you were to happen across a photo of a Moroccan spice market, you'd say, "ah, yes, that". Saffron. Turmeric... Yeah, it's not really either of those. Nutmeg? Maybe it's nutmeg.

The Chinook's spiciness nicely contributes the rye, which I can really only describe as autumnal, and perhaps vaguely pumpkiny. It's far from unpleasant, but for some reason I expected a tangerine like juiciness, and all I got was dry, spicy, dry, dry, dry. It's not bad – it's soft and inoffensive, but there's not a lot to it. In contrast to the Centennial IPA I made about one month before this and the heroic level of Munich malt that developed and became vastly more interesting over time, the rye is like the Ed Milliband of malted grains: it plateaued weeks after it entered the world.

I can see it making a reappearance in a non-hop-centric saison, maybe. The mouthfeel is soft, silky and refreshing, not unlike oats. But it needs something sharp and tart to complement the thin dryness, which is a bit plain on its onesies.