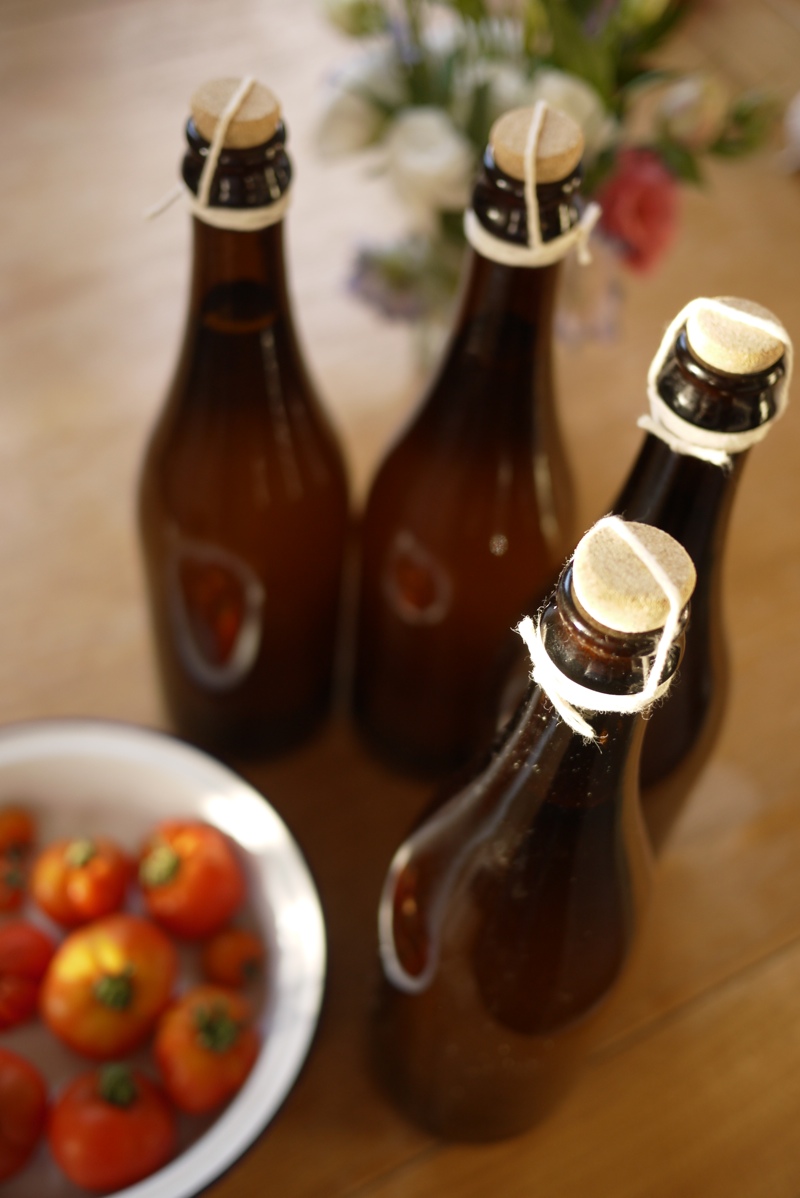 La Rapide was intended to be a challenge to see how quickly I could put a drinkable beer on the table. Grain to glass, in the parlance.

Wyeast 3711 got off to a roaring start. I brewed this inside of 5 hours without a hitch after work on a Friday night, and the airlock was bubbling away within 9 hours. That's easily the quickest starting yeast I've ever used. It had nearly finished fermenting within about 3 days, being a relatively low gravity wort to start with. But as luck would have it, I found myself beset with a pretty nasty head cold the day after I brewed it (and not just a mezcal-related hangover as I first suspected... unless it was, in which case I have huge respect for the Mexican liquour industry).

Not wanting to sneeze into the beer, or spend time sanitising bottles, or just generally do anything, I didn't get around to bottling until day 9. That's probably no bad thing, because the gravity sample had edged even further south in those 6 intervening days - from 1.006 to 1.003. That's about 92% attenuation. Madness.

The beer found its way into a random collection of bottles. Pride of place are a number of 750mL brown champagne style bottles with punted bottoms. La Rapide is mainly destined for consumption at a BBQ I'm planning for mid-September, but I've set the champagne bottles aside for some maturation and another swingtop aside for sampling this Friday on Day 14. It might not have been a 7-day wonder, but it might yet be a fortnighter.