The second variant on my so-called Abbey Ale benefited from two punnets of southern hemisphere apricots. 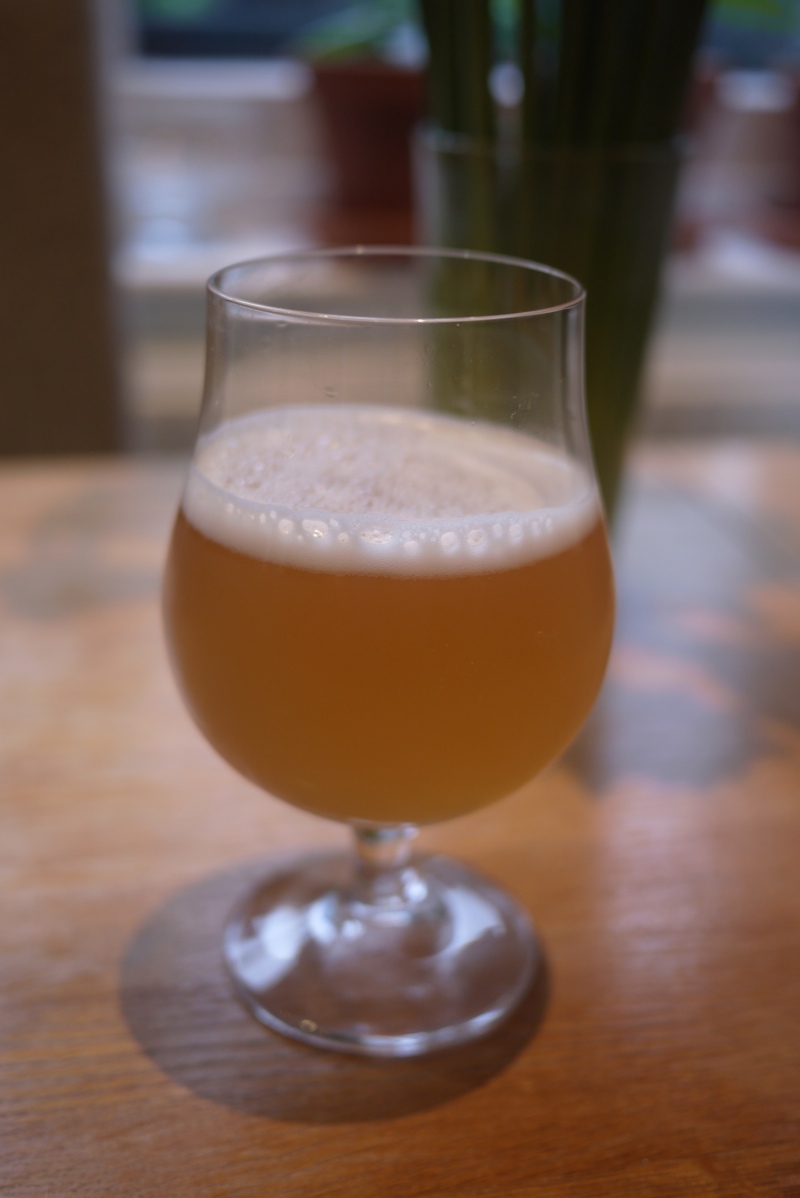 Side by side, it's practically indistinguishable from its older brother, save for the fact it's had a little less time to carbonate. The apricot flavour is noticeable next to standard version, but doesn't leap out of the glass. Considering the volume of beer lost to floating chunks of apricot, this is somewhat disappointing and suggests to me that fruit as beer flavouring is not the most efficient use of, well, beer.

It's considerably more acidic than the standard variant as well. I wonder a little bit whether it might be acetic acid from too much oxygen exposure (i.e., sitting in a demijohn for too long). Tough to say.

Overall, a nice beer, not vastly different from the standard batch. Overall I'm not convinced it was worth the extra effort.