I'm getting married in December, and I plan to be serving my own beer at the reception. It's come to my attention that not everyone loves a hazy, hoppy pale ale, and I've therefore tried to brew something on the lager spectrum that appeals to the "commercial" folks while also having something those beers lack – you know, flavour. Having recently come into some lagering facilities, a Kölsch was the only choice. 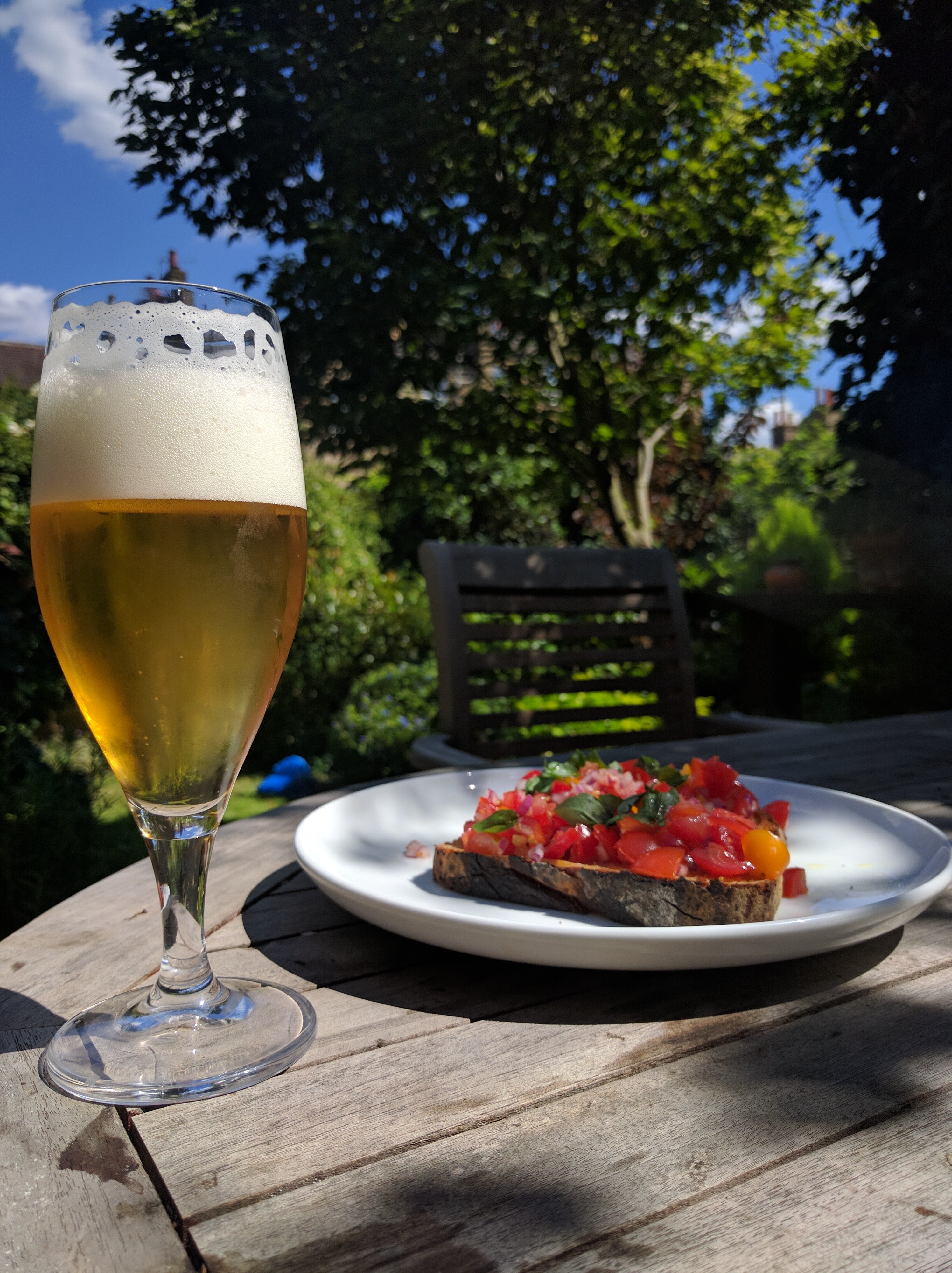 I mashed for 60 minutes, and collected 9 L of wort, which I set aside in a large stock pot. I then added the sparge water, which was sitting at around 80 C, bringing the temperature up to about 70 C once it was added to the mash tun. It was probably a tad on the cool side for its purpose. I left the mash for about 10 minutes, stirring occasionally. I then collected another few stock pots worth of wort, and after holding and squeezing the grain bag on the last collection, I calculated (if the volume markings on the stock pot are anything to go by) that I had collected about 28 L of wort, which was pretty good going.

Brewer's Friend IBU calculator said I would have to add all 100g of Saaz that I had (coming in at a measly 2.19% AA) and my IBUs would still only be around 27 on a 70 minute boil. I prefer beer on the bitter side, even if it's not totally authentic for the style, so that's exactly what I did.

After the boil (which suffered from a few cut-outs: I need to look at better ways of boiling) I chilled to about 25 C, before transferring to my carboy and stashing it overnight in my wine fridge set to 14 C. I pitched my starter of yeast the following morning, upping the temperature to 15 C. After a few days, I increased it to 16 C, then to 17 and finally to 18 C. After 8 days fermenting, the gravity had dropped from an OG of 1.054 to about 1.015, fairly low attenuation of about 72%. The ambient temperature in the cellar was about 21 C so I turned off the fridge in the hope that the beer would drop another few points to get me into the 80% mark (I want this beer dry). It eventually reached 1.010 by day 15 for attenuation of about 81% and an ABV of about 5.8%. I chilled to 1C overnight and added 1/2 tsp of gelatin dissolved in 60mL of water heated to 63C.

After spending one week at 1C, the chill haze hadn't budged at all, so I added another charge of gelatin (a full teaspoon into 100mL of water out of the tap), which seemed to clear up the beer much more effectively. Now, 8 weeks after brewday, it's crisp, substantial, and crystal clear. Very happy.