Like many people with more than a passing interest in brewing his own beer, I decided around this time last year that I really needed my own hop plant. This was partly motivated by my fear that the world is going to run out of hops at some point in the near future, but also by my feeling that it would just be kind of cool to brew a beer with homegrown hops. I like to think of it as my own "estate" brewery. 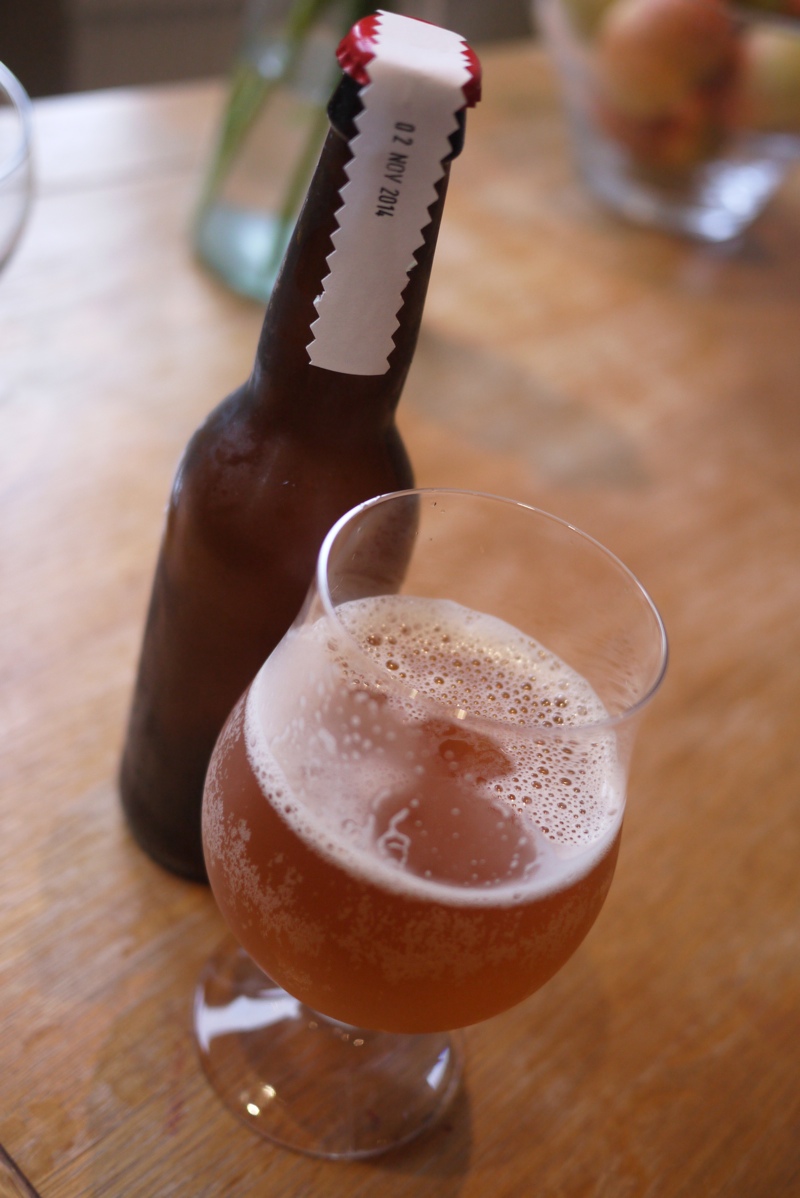 Almost exactly one year has passed since I took delivery of my Cascade rhizome. Starting from humble beginnings (and by that I mean it looked like little more than a betentacled alien from a John Carpenter film) it grew and grew and grew through spring and summer until by August it decided to sprout some little green cones. These grew too, although not to the size I was expecting, which led me to leave them on the vine for a bit longer than I probably should have. Eventually, getting home from a holiday in mid October, those vines that were still alive were ready to harvest.

I'd heard that first year vines only produce a tiny fraction of what they'll get you in later years, and I really hope that's true in my case. The amount on the vines after two of the 6 or 7 had died seemed barely worth harvesting. Throwing away a year's worth of growth and effort seemed a shame though, so I whipped out the ladder and harvested what still looked edible. Brewable? Brewable. After drying them in the oven at about 50-60 C for 2 hours, I ended up with the whopping total of 19g of hops. Bumper harvest!

That was never going to stretch to my typical batch of 15 litres, so I devised a nano batch based on the following:

Annoyingly, I forgot to change my kettle diameter in my brewing software, so I used far too much water and had to do a 95 minute boil to reduce volume to 4.5 L for the demijohn. Even after that it was still slightly too dilute at 1.038 OG rather than planned for 1.040. Luckily, US-05 being what it is (a hungry American), I had a very vigorous fermentation (no doubt thanks to using a whole sachet for just 4.5 L of wort) and reached 1.008 within 5 days to produce a "sessionable IPA" at c. 3.9% ABV. On day 6, I put the demijohn in a Selfridge's freezer bag and left in the fridge over the weekend to try to clear up the beer and remove sediment, and then bottled with 4g/L of dextrose. 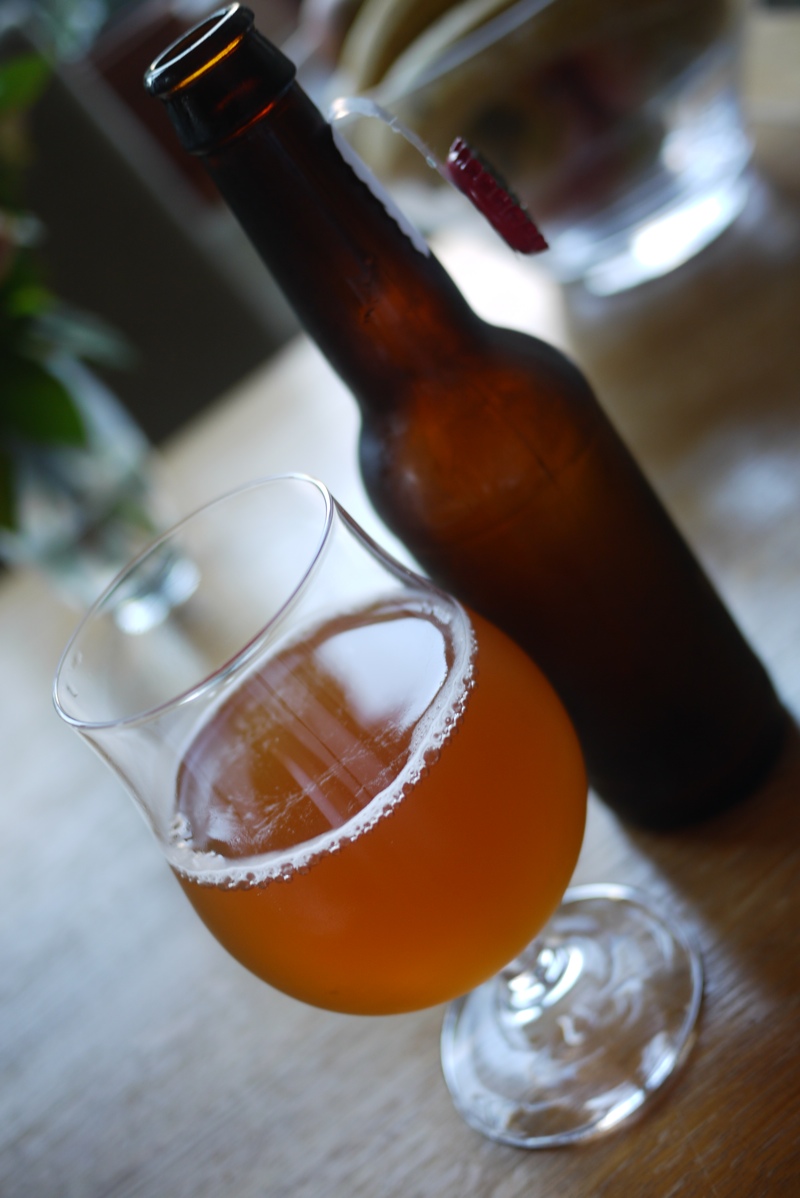 I cracked the first bottle of this after just 7 days conditioning (making a "grain to glass" time of just 2 weeks – but the length of time it took to grow the hops make me reluctant to call it a "speed challenge"). It pours a beautiful bright orange colour, much darker than simple pales made with Pearl malt that I've been using so much of recently. Thanks to the demijohn spending a weekend in the fridge, there was the thinnest layer of yeast sedimment on the bottom of the bottle, and none in the glass.

The head was a little thin after just 7 days carbonating, but much better after another week. There's a strong, juicy, grapefruit marmalade character from the Cascade which is very pleasing and exactly what I was going for. I'd heard that UK grown Cascade had a different, spicier terroir than their American siblings, but that seems not to be the case here. There's a slight grainy, almost dusty character in the mouthfeel which I also detected in the Clipper Pale Ale I made in September. Seeing as the only thing in common between the two recipes is Admiral hops for the bittering addition, I'm inclined to chalk it up to them. Not unpleasant, a bit peculiar though.

As satisfying as it is to make a good beer from homegrown hops, it's also pleasing to see that I can comfortably make a 12 pack with a large stockpot and a demijohn. Far quicker and much less messy than using the big kit, and great for experimenting. Who could argue with beer in the name of science?