Reasonably pleased with this one.

In many ways it's very similar to the saison I made back in August. It has a similar straw colour, same silky mouthfeel, and same hint of tartness. This is surprising to me seeing as – other than water – there was absolutely no overlap in ingredients. Different malts, different hops, different yeast. There are obviously differences in the end result: without Citra, this is less like pineapple juice, and there aren't any peppery overtones. Still... they seem to have more in common than they do differences. Chalk that up to a coincidence. 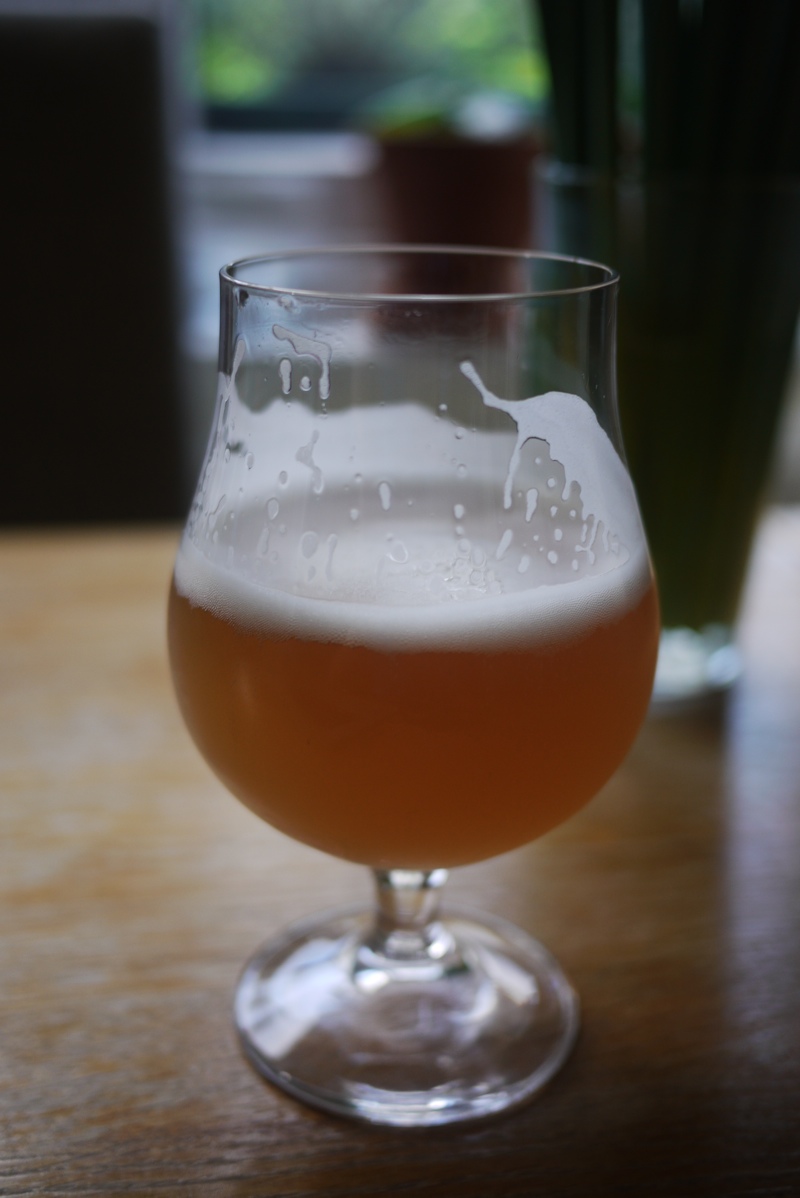 It's perfectly carbonated, very effervescent with a nice fluffy head that laces all the way down the glass. Good start. Even better, there's very little yeast sediment in the bottle so it's a nice, clean pour.

As a Belgian pale, however, it doesn't really fit the bill. It's not a Palm, not a Leffe Blonde. The texture isn't glassy enough, and the chill haze doesn't help. It also tastes oddly sweet, but at the same time not malty enough. It's too fruity and... gentle. There's a touch of apricot, or peach or maybe even gooseberry. It's a bit strange considering it's the only variant of the three without any fruit in it. Reading the description for Belgian Ardennes yeast, it does say it produces delicate fruit esters, so perhaps it's the culprit.

Ultimately, not a bad beer, but very hard to pin down.