It struck me that many months after brewing and bottling it, I had not done a review of my turbo saison, the subject of a 7-day "grain to glass" challenge. Drinkable as it was after just two weeks from brew day, I'm not convinced I saw it at its best. So now it falls to me to dissect a delicious summery beverage in the height of winter. 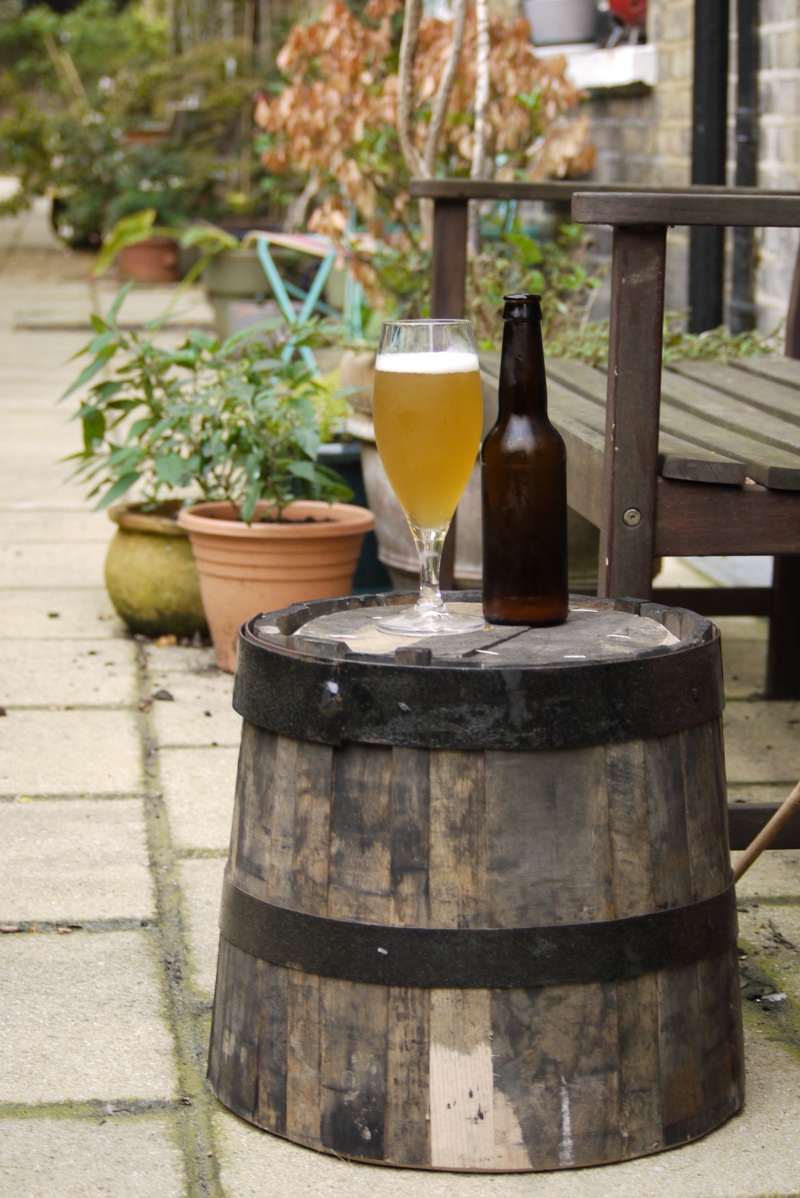 French saison yeast is not your typical saison fare. It's less tart, less weird, less eyebrow raising, and probably also not quite as good. But, word on the street (Yeast Street?) is it's also a lot less tempermental, and a hell of a lot quicker to ferment out than the finicky Belgian stuff. What you get is a juicy sort of pepperyness. A soft, full mouthfeel, incredible levels of carbonation, with a rounded dollop of seasoning. It stops short of being tart, and stops quite a long way short of suggesting that it was brewed in a bucket next to the dairy cows and a pile of hay. But it's refreshing, straightforward, and accessible.

Definitely one to repeat, and probably my favourite non-IPA so far.