My early forays into brewing Belgian style beers suffered from a lot of exuberance and not a lot of knowledge. In the true style of trying to run before you can walk, my second attempt was a mad braggot – half beer, half mead – as strong as a tripel and as dark as a quad. It's not a beer I like to unearth very often because it tends to leave you listing sideways. But I decided to make a special occasion of its birthday, and cracked one back in June. 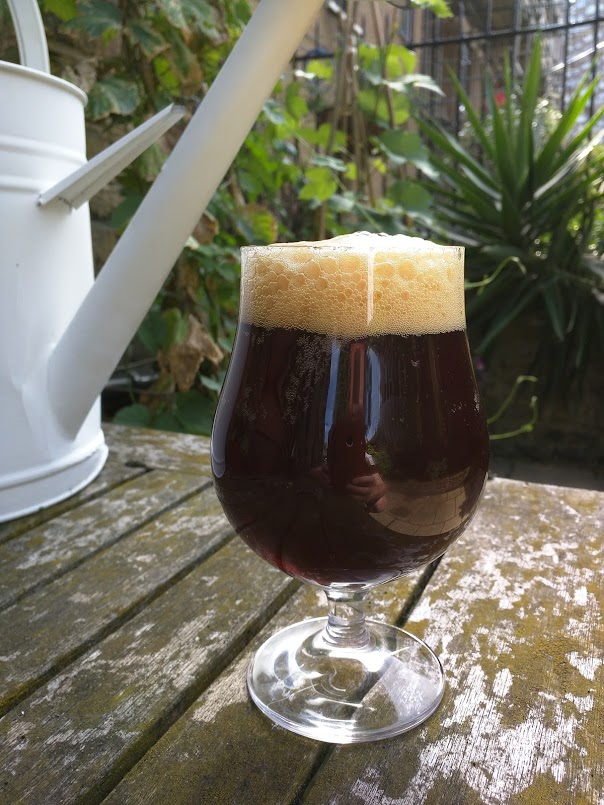 It finally has a nice coffee coloured fluffy head with good retention down the glass. The honey gives an impression of sweetness (almost to the point of being cloying), and has really thinned out the body. If I were to do it again though (and I have an awful lot of other stuff to get to first), I would use far less Special B to bring it back to a nice golden colour, less honey, and just generally make a different beer.